HomeDorrie Leader Advocacy Award
A- A A+ 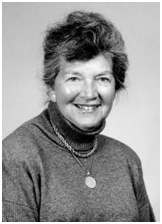 In 1995, YWCA York created the Dorrie Leader Advocacy Award to recognize women advocates for social issues. The award honors YWCA York volunteer achievement, the support for our advocacy agenda, and YWCA York’s mission of peace, justice, and dignity for all people.

Dorrie Leader dedicated her life to the fight for civil rights, the empowerment of women, and advocating for social justice. Mrs. Leader served as YWCA York’s board president in the early 1950s before going on to serve on the National Board of YWCA USA from 1958 to 1976. She was present in 1963 at the March on Washington, accompanied by her two oldest daughters, to hear Dr. Martin Luther King speak of his dream
for America.

She shared that dream, and was steadfast in her commitment to help achieve it nationally and here in York. Her fierce advocacy for racial justice undoubtedly laid the groundwork for YWCA’s prioritization of the elimination of racism as national mission work.

YWCA York annually honors Mrs. Leader’s tremendous work as a champion for women, persons of color, and the economically disadvantaged. Moreover, we celebrate today’s brave advocates, committed to improving the quality of life in York County and supporting the mission of YWCA York.

YWCA YORK IS DEDICATED TO ELIMINATING RACISM, EMPOWERING WOMEN,  AND PROMOTING PEACE, JUSTICE, FREEDOM AND DIGNITY FOR ALL.

YWCA York will award the Dorrie Leader Advocacy Award once annually to an individual who works or lives in York County and who meets the criteria outlined in this process. An open nomination period will be announced in the media, by email and posted on YWCA York’s website a minimum of two weeks prior to the nomination deadline. The email will be distributed broadly to key stakeholders for whom the organization possess an email address, including those who serve on the Board of Directors, standing committee members and staff.

Additionally, a press release will be distributed to notify the community at-large. Nominations will be submitted electronically to a staff person as designated by the CEO who is responsible for forwarding a slate of candidates to YWCA York’s Advocacy Committee for final selection. In order to confirm an honoree, the committee shall meet quorum and reach a consensus through a simple majority vote. Final notification of the decision will be made to all nominating individuals in writing by a staff person as designated by the CEO.

Nominees shall meet all of the required criteria to be advanced to YWCA York’s Advocacy Committee for consideration. The criteria are as follows:

To nominate someone for The Dorrie Leader Advocacy Award, please submit the full application to the CEO by email (jtreuthart@ywcayork.org) no later than 5:00 p.m., Friday, May 28.

Applications must include the following: